Support for globalisation falls amid calls for trade barriers

Despite the clamour for increased international trade, support for globalisation is thinning, as more people call for trade barriers in their countries.

A recent Ipsos survey (face-to-face, telephone) carried out by the Word Economic Forum (WEF) has revealed that many are unsure of the continued relevance of globalisation in the new trade ecosystem.

The survey, which measured support for globalization and trade in 25 countries around the world, showed that majority of the respondents think that expanding trade is a good thing, but more also agreed that more trade barriers were needed.

The report, which was obtained by Sustainable Economy, also showed that support for the benefits of globalization had fallen since 2019, with half of people unsure of its benefits and a third advocating for trade barriers.

On average, three-quarters of those surveyed thought that expansion was a good thing, with just 5% disagreeing. Support was strongest in Peru and lowest in France.

“However, changes caused by trade can be disruptive and painful, and can sometimes undermine local reforms. The seeming contradiction in survey results is understandable: people want more of the good and less of the bad of globalisation.

“To grow the gains and achieve fair outcomes for all, governments need to listen to local priorities and work together on policies related to the environment, jobs, tax, the digital economy and other issues which reach across borders.”

Despite this widespread support for increased trade, more people agreed there should be more trade barriers to limit the import of foreign goods and services into their country than disagreed.

The seeming contradiction in survey results is understandable: people want more of the good and less of the bad of globalization.

Specifically, the survey found that some 37% agreed there should be more barriers compared to 27% who disagreed. Around a third were neutral or didn’t have an opinion.

Around half (48%) of those surveyed agreed that globalization is a good thing for their country. Just 13% disagreed, with the remaining unsure or neutral.

Positive assessment of globalization was highest in Malaysia (72%) and lowest in France (27%).

Indeed, only half of the people think globalization is a good thing. The drop in support was highest in Mexico, Colombia, Chile and Peru.

The virtual four-day event is hosted alongside the United Nations General Assembly and brings together global leaders from business, government, and civil society.

It will focus on new technologies, policies and partnerships to advance cooperation, accelerate progress, and highlight tangible solutions to our global challenges. 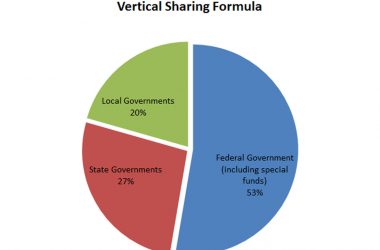 WHO, ILO call for new measures to tackle mental health issues at work

There is a “serious risk” that the UN climate conference (COP26) in Glasgow, Scotland, “will not deliver”, the…